The “String of Pearls” theory is used to refer to China’s “alleged” ambition to build a series of economic hubs/potential military installations from its Southern shores and the South China Sea, through the strait of Malacca all the way through the Red Sea to Italy in the Adriatic. While this may seem far fetched for now, it may slowly become a reality moving further into the 21st Century.
State’s having “Strings of Pearls” is certainly not an new theory. In fact, as many readers will know, various colonial empires have created military and economic hubs from which they could project economic and military power. Portuguese explorers and traders were the first to circumnavigate Africa into the already well connected Indian Ocean. Following the Portuguese were the other great colonial powers of the time – Spain, The Netherlands, Britain and France. All of these nations sought to establish themselves a presence in the Indian Ocean which would give them access to the “riches of Asia”. 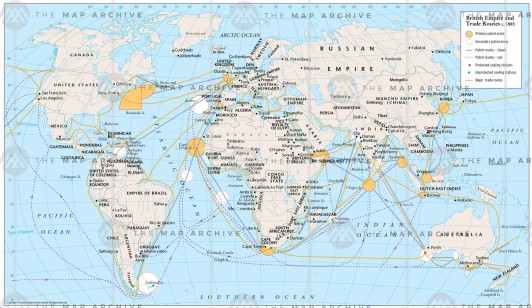 Arguably, the British and the Dutch were the most successful at this, and after the French defeat in the seven years war, Britain, being the dominant naval power, “ruled the waves” giving it unfettered access to the Indian subcontinent which would later become the “Jewel in the Crown of the British empire”. With the building of Suez Canal from the Mediterranean Sea to the Red Sea Britain had to secure itself some “Pearls” along the new shipping route to India – namely, Gibraltar, Majorca, Malta, Cyprus and Egypt. In short, Britain built its own “Road”.

While this may seem a “jolly good” long time ago and the sun has now “set” on many of these empires, the geopolitical situation in the Indian Ocean is beginning to look remarkably similar, except this time it is China’s turn to rise.
Many of us in the West have never heard of the “Belt and Road” before, and currently, have no real reason to think about it, or consider its implications at all. However, as geopolitics changes and Chinese influence expands, the Belt and Road will become increasingly relevant and could touch many aspects of life in some regions of the world.

What is the “Belt and Road”?

Put simply, the “Belt and Road Initiative” is a Chinese led infrastructure initiative designed to connect Chinese manufacturers and markets with markets across Eurasia. The Initiative is primarily based on the ancient “silk road” which stretched from Italy in the West, to Southern China in the East. The “Belt” element of the project consists of overland routes through what was the original Silk Road and Russia, and the “Road” element, a series of shipping routes through which China and other states can move goods.

The project aims to include at least 68 (possibly 152) countries encompassing 60% of the world’s population, and 40% of global GDP. Most of the areas included in the project are predicted to incur significant economic growth in the 21st century – states like Kenya, Sri-Lanka and Djibouti. The Belt and Road are China’s means by which it can become the dominant economic power in the Eurasia region, and thus the military hegemon, displacing the United States. This article will focus mainly on the “Road” as it is the larger Global Security issue.

What will the Belt and Road do?

The Belt and Road will increase the ease with which consumers and producers can connect with China and Chinese markets. Greater economic connectivity and shipping efficiency will mean that many countries will receive a wealth of economic benefits, and perhaps more Chinese investment. Fundamentally, the Belt and Road Initiative is a means of economic integration.
Some experts, particularly in India and the West, see the Belt Road as a threat to the current international order mainly led by the US (explained later in this article), and as a threat to many aspects of Indian national security. They argue that the “strategic investments” made by the Chinese surround India and could lead to Chinese dominance of the Indian Ocean. In addition, a secure Indian Ocean would grant China unprecedented access to Africa and its natural resources.
However, other experts claim that the project is currently, and may not be in the future, a major threat to India. They argue that Chinese interests in the region are driven by the fact that the country imports more oil than any other country on earth. Most of China’s oil imports come from the Middle East, leaving it vulnerable to piracy, and most importantly, at the whims of the US Navy.
For now, however, the main potential “threat” is an economic one.

What does this mean for the West? 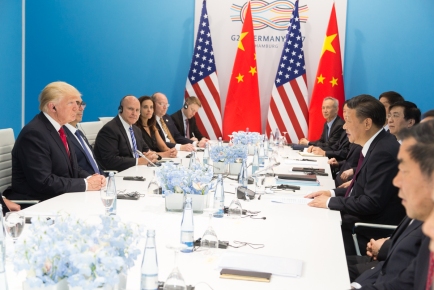 For Europe, the Belt Road could mean cheaper Chinese made goods. With Italy recently expressing interest in the project and potentially offering the port of Trieste as an end hub for the Belt and Road. However, with more Chinese economic influence, could come more political influence. 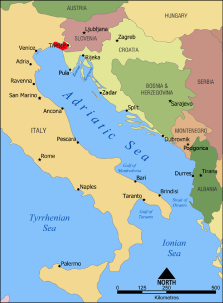 For America and Canada – increased isolation. The geographical nature of the project would mean that many countries could turn to China as the new global leader. Cheaper Chinese goods and services could further undermine US dominance of a Europe of already under assault from a populist wave with a slight anti-American tinge (with exception of Britain). With the European Union already making efforts against US tech companies and pushing for its own Army, cheaper Chinese goods could see US influence in Europe further diminished.

What does this mean for Global Security?

In short, the Chinese Belt and Road and “String of Pearls” theory mean one thing for Global Security – huge unprecedented change. If China were to secure its energy independence and trade security with European and African markets through the “Belt and Road”, it could mean increased Chinese dominance of Eurasia.
Many countries, particularly in Africa and the Middle East may turn to China instead of the US as their main partners in security – both kinetic and economic. As demonstrated in the Italian case, when the going gets tough, European countries may also look elsewhere (elsewhere being China) for stability and easy credit.
Finally, Chinese companies already extract huge amounts of resources from Africa already, and with the “Road” in place, this would almost certainly increase. If China were to secure its a route from the Middle East and Africa all the way to Beijing, and thus its energy independence, it could become bolder in its geopolitical moves closer to home in areas home (i.e. Taiwan and Japan).

Why is it important to re-examine this now?

The Chinese “String of Pearls” theory is not new. There was much debate around the issue in the 2000s as China continued its meteoric rise. As explained before, many experts saw a rising China as a threat, particularly to India.

So why is it important to reexamine this issue now? Three main reasons: 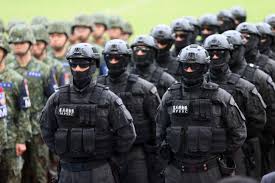 Firstly, since the announcement of the Belt and Road Initiative and specifically the 2019 announcement of potential Italian involvement, the scale of the threat posed has increased significantly. Though China may state that it has good intentions now, the future (as always) is uncertain. If it were to establish economic hubs which could then be used as military bases all the way to the Adriatic sea, China would be in a unique position to threaten the current US-led global order. Whether this is a good thing or not will depend on one’s own opinion, but it cannot be denied that there may be unforeseen consequences.
China has already demonstrated a willingness to militarise foreign countries which it has already invested in. In 2017 the PLA opened its first base in Dijbouti with the explicit intent of being able to project power into the Indian Ocean and the Horn of Africa, an unparalleled event. Many Indian Ocean coastal states already lease ports to China (often not by their own volition), which could be potential sites for further bases.

The Chinese State itself may not even have to deploy its own troops to strategic zones/hotspots. Instead, it could send Contractors to carry out the “dirty work” without the geopolitical implications. Find out more about Chinese PMCs in our video here:
https://www.youtube.com/watch?v=nypadlTshUU

Secondly, as discussed before, the Chinese presence in the Indian Ocean poses a threat to India. With China already aligning itself with Pakistan, what could be considered “unwelcome” intervention through the “Road” to India’s geographic South, may serve to inflame the situation further. The prospect of the world’s two most populous states, both armed with nuclear weapons and pre-existing territorial spates, going to war is a fearful proposition.
The likelihood of an all-out conventional war between China and India is, low. However, as we have seen in the 21st century, states have developed other ways in which to fight each other. If China were to militarise the Indian Ocean, the most likely outcome would a Hybrid war with Pakistan and China on one side, and India on the other.
Find out more about Hybrid Warfare here:
https://youtu.be/V2QnN7ruRxM

Thirdly and finally, if the US continues on its current Trumpian trajectory, we may see it wind down operations, potentially becoming irrelevant in the Indian Ocean. A retreating US and rising China will undoubtedly change international relations in the Indian Ocean.
However, if China were to become the dominant power in the Indian Ocean/East Asia, it would not be US choice. If US resistance to Chinese expansion into the South China Sea serves as an example of how willing the current world hegemon is to take on rising powers, then US retreat is unlikely. Additionally, it will many years before China has a bluewater navy capable of taking on the US, rendering the possibility of US irrelevance low.

While all of this may seem threatening, Chinese dominance in the Indian Ocean and South China Sea is still a long way away. The Belt and Road initiative is already experiencing complications both internationally, and domestically in China. As economic growth slows so too does Chinese foreign investment, and therefore, the progress of the Belt and Road.

Furthermore, it is unlikely that the US and many of its allies will see Belt and Road initiative go unchallenged, particularly, if US economic interests in the Persian Gulf and wider Middle East are threatened.

Moving forward, the Belt and Road Initiative is something which all parties with a vested interest in Global Security should keep an intense eye on, as its potential to challenge the US-led post-war global order is unparalleled. 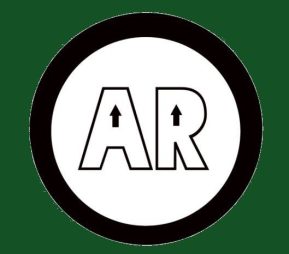 If you are interested in the specifics of the Belt and Road Initiative, and how it could affect your organisation or business, ARGS will be producing an in-depth report which will provide greater detail.

One thought on “China’s String of Pearls: One Belt, One Road”